Our mission is to support our neighbors and nearby communities in good times and bad by providing a way to communicate when other means of communication are not working.

The purpose of the AirLink group is to maintain and improve the AirLink amateur radio equipment that allows us to pursue our primary goals of supporting our mountain communities during regional, local and individual emergencies as well as supporting local events.

Local mountain towns are susceptible to frequent disruptions in services (like electricity, phones, and internet), as well as full-blown disasters (specifically, wildfire and floods).  In the 2013 flood (designated a National Disaster), some mountain communities were completely cut off from county authorities and outside help.

As a result, we know the importance of emergency communications on several levels:

After the 2013 Flood several residents in Gold Hill, Ward, Left Hand and Four Mile Canyons responded to the urging of the Boulder, CO Emergency Operations Center (EOC) to become licensed amateur radio operators, and formed the AirLink Amateur Radio Group. As a grassroots initiative, the group raised money, with initial support from the Gold Hill Town Meeting and the Red Cross, engineered and, in September 2014, installed an off-grid, solar/battery-backed, hill-top repeater near Gold Hill—the “AirLink repeater.” 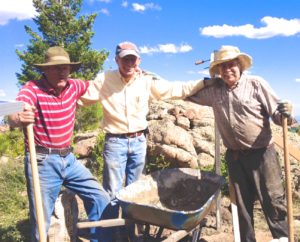 Initially, AirLink provided “good” to “excellent” coverage for all of the nearby canyons, and “good” performance east to Aurora, north to Longmont and Allenspark, south into Nederland, and west into the Indian Peaks area. But some areas required higher-powered radios than the handheld models often used during emergencies. Further, due to topography, Jamestown was the only local mountain town with minimal connection to AirLink. In 2017, a grant from the Foothills United Way, enabled the group to install equipment to improve communications with Jamestown and within the existing network. 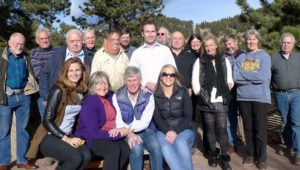 The AirLink group provides opportunities for any amateur radio operators who can reach the repeater to gain experience talking on the radio. Current activities include a weekly “net” during which emergency procedures are practiced, an occasional chat room, and radio support for local events, such as the annual 4Mile Marathon/10K races—a fundraiser for the FourMile Fire Department.

We also seek to increase opportunities within our communities for the same level of connectedness felt by the AirLink group members. Our goal is to encourage people-to-people connections by providing communications tools that have no licensing requirements and are simple and fun to use, like walkie-talkies and the AirLink website.

Our thanks to our supporters

And all those who have helped us along the way!